Edificar is a construction company founded over 35 years ago in San José, Costa Rica. It has offices in Costa Rica (La Uruca, San José) and Panamá (Costa Del Este, Panamá City) from where it serves the Central American market.
The company has built over 2.5 million square meters, for all types of projects, with prominent projects in the hospitality and medical industries.
Edificar goes well beyond being a conventional construction company, it is an advisor to its clients, involving most of the times in the pre-construction process. Also, adapting to the new challenges of its industry, the company has developed a strong experience in the bidding process for “Design-Built” projects as a coordinator and builder.
On of the main pillars of the company is being at the forefront of technology, with its in-house and externally-sourced developments for: the management, planning and monitoring of projects; management and contracts for subcontractors; virtual preconstruction and construction using the latest BIM technology and multiple support tools.
Since its founding Edificar has managed a series of core values based on the highest standards of ethics, service, technology, and protection for its workers and the environment. All has been certified by the current certifications ISO 9001, ISO 45001 and Carbon Neutral.

We are a company committed to delivering the best services in the construction industry.

Edificar seeks to be the preferred construction company in the market where it develops its operation, delivering the highest quality with the best cost and time frame, through a continuous process of improvement and with the best possible team, maintaining high standard values of ethics, service and social responsibility.

Edificar was founded in 1984 with the name Rapiparedes S.A.; by the civil engineers Mariano Monge, Juan José Castro, and Román Salazar. Originally the company was dedicated to the construction of structure and MEP works for all type of projects. In the year 1987 under the leadership of the engineers Castro and Salazar the company decided to venture on all aspects of the construction process for buildings. With this change, the company name was changed to “Edificadora Centroamericana Rapiparedes S.A.” or Edificar S.A.

Since its beginning, the founders wanted the company to forged a name for themselves were ethics, services, innovation, technology and “always doing more” was the differentiating factor that set them apart from the rest of the market.

GROWTH OF THE BUSINESS

Edificar had a moderated growth during the 80´s and 90´s, dedicating entirely to construction projects for the private sector of Costa Rica. Towards the end of the 1990´s an exponential growth for the company starts with one of the most emblematic projects of the time for the luxury tourism industry in the region: Marriott Los Sueños Hotel in Playa Herradura, Puntarenas, Costa Rica. In the year 2000 the construction starts for the Four Seasons Resort at the Papagayo Peninsula, Guanacaste, Costa Rica. In this project Edificar managed more than 2,500 workers on the construction site and proved with great success its capacity for great scale construction projects.

Also, in the first half of the 2000´s decade Edificar begins the construction of facilities and clean rooms for the medical industry. Segment were, at the present time, Edificar is the leader.

To guarantee a healthy growth, a new partner is incorporated to the company, being one the most solid companies in the tourism sector of Costa Rica and at the same time one of the oldest clients of Edificar.

In the year 2008 Edificar expands its offices to Panamá and establishes a permanent construction office in the neighboring country. There are now many projects in Panamá that carry the Edificar seal: ITSE being on of the most prominent projects (build in a joint venture) with almost 130,000 m2, Envases del Istmo, logistics center for Evergreen, etc.

To continue its growth, during the end of the 2000´s a new partner is incorporated to Edificar, reason why today the company has 4 partners that represent different business groups with an extensive experience and strength.

Edificar has built more than 2,500,000 m2 in its history under different schemes: general contractor, construction manager, design-built, among others.

Technology, training, and adequate staff have been strategies of constant investment for the company. For many years, when the internet technology was emerging, the company established its own intranet and in-house programs to be used in that platform. 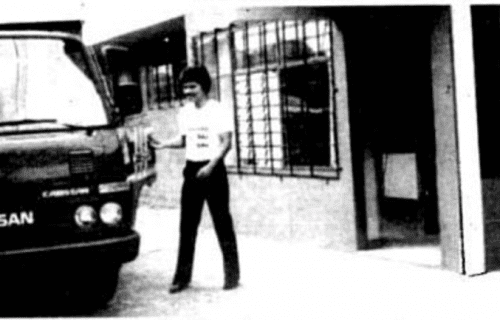 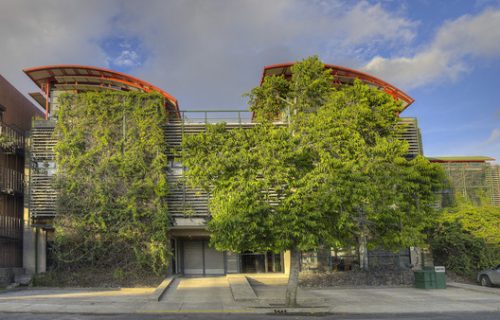 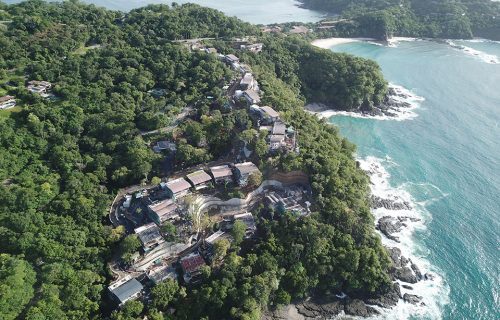 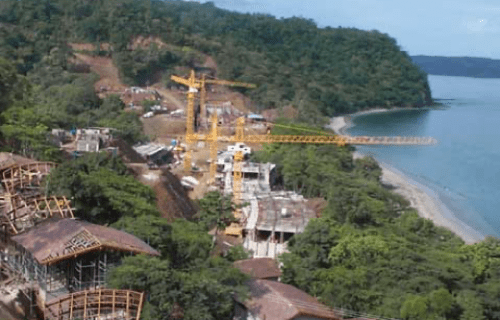 Delivery of the first work in Panamá, Soleo Residential Building

“I wanted to again say what a wonderful experience it was to work with Edificar for the past 1.5 years on this project. The building looks beautiful and over all the quality and workmanship was the best I have seen at our facility. Thank you for all the hard work!. You have a great team and I look forward to working with you as we build out the new building in the future..”
Gary Sorlie, PE
Manager, Facilities Engineering Abbott
““EDIFICAR EHS Team have made our job much easier… “.”
Bernar Paniagua, Ms,
EHS Manager Abbott
The experience of working with Edificar was very enriching personal and professionally, with a very trained, professional, prepared, friendly and supportive team, Edificar is always looking for the project to go ahead with quality and efficiency.
Architect Andrés Montero
Architect and Manager of Project, Prodemi UNA
Thanks to the hard work of the construction team (especially the contractor EDIFICAR), we passed the inspection of the fire department.
Tom Hsu (Hsu Ming-Tang)
Professional Engineer, Colon Container Terminal
David, CCT aprecia mucho los excelentes esfuerzos del equipo de Edificar en este proyecto. Es un proyecto que comenzará un nuevo capítulo para CCT y para logística en Panamá. Gracias de nuevo!
Stephen Shaffer
President, Colon Container Terminal

Román Salazar is one of the founding partners. He has led the steady growth of the company since its foundation in 1984 and the supervision of the most demanding project in the history of Edificar: the Four Seasons Hotel in the Papagayo Peninsula. He is currently responsible for the Construction area and supervises all projects with the help of regional project managers. Román is a graduate in Civil Engineering from the University of Costa Rica and has a Master in Business Administration.

Juan José Castro is one of the founding partners. He has successfully led the strategic planning and commercial area of the company since its foundation. He also drives the international expansion, with the very successful Panamá branch. Juan José is a graduate in Civil Engineering from the Universidad de Costa Rica and has a Master in Business Administration.

Luis Araya directly oversees the department of Quality Management, Technical Adisory and Productivity. He joined Edificar in 1993, and holds the position of Director of Technical Services since then. During his career he has worked with the Costa Rican Institute of Electricity and with the Costa Rican Petroleum Refinery in Project Management positions. Luis is a graduate in both Mechanical Engineering and Electrical Engineering from the Universidad de Costa Rica, and also has a Master in Business Administration.

Mauricio Castro supervises the Human Resources, Procurement and Administration Departments. He joined Edificar in 1998. During his career he has worked in administrative positions at the Costa Rican Petroleum Refinery and at UNISYS of Central America. Mauricio is a graduate of Mechanical Engineering at the Universidad de Costa Rica and also has a Master Degree in Business Administration.

Mauricio Laurent joined Edificar in 2001 and currently serves as Project Director. He has been in charge of important projects such as the Branded Residences and Golf Clubhouse of the Four Seasons Hotel, and the Andaz Resort in the Papagayo Peninsula. Mauricio is a graduate in Civil Engineering from the Universidad de Costa Rica and has a Master in Business Administration.

Raúl Badilla joined Edificar in 2005, he has held the positions of Project Engineer, Project Manager and Planning and Budget Manager. He is currently the Director of Pre-Construction and Post-Construction and also directs the Contracting Department. Raúl has a degree in Civil Engineering from the Universidad de Costa Rica and has a Master degree In Construction Administration and Engineering form the Universidad de Costa Rica.

Carolina Cascante joined Edificar in 2002 as manager of the Quality Management System department. Under her direction, Edificar achieved certification under ISO 9001-00 and OHSAS 18001-07. Currently, Carolina leads the implementation of the LEAN Construction and the continuous improvement system and manages the Occupational Safety department. Carolina is a graduate in Civil Engineering from the Universidad de Costa Rica.

Robert Acuña joined Edificar in 2005 and has served as Finnancial Director since 2007. From his current position he coordinates the area of accounting and treasury, as well as all the negotiations with financial institutions. Robert has a degree in accounting and a Master in Business Administration with financial emphasis.

Pablo joined Edificar in 2009. He currently leads the Virtual Construction and Quality Department. Pablo, together with his team, developed the entire BIM and VDC process and updated the quality and productivity monitoring systems. Pablo is a graduate in Civil Engineering from the Universidad de Costa Rica and has a Master in BIM Management from the Ziggurat Institute of Barcelona.

Martha L. Córdoba started working in Edificar in 2011. She is responsible for the administrative area of the Company in Panama. Martha has a degree in Civil Engineering from the Pontificia Universidad Javeriana of Colombia and has a Master degree in Business Administration and Specialty in Finance from the Santa Maria La Antigua University in Panama.

Larry Mora joined Edificar in 2006. He has worked as Project Manager, and between 2015 and 2018 he collaborated with the operation in Panama as Project Director. Larry is a graduate in Civil Engineering from the Universidad de Costa Rica and has a master in Business Administration.

Luis Montero joined Edificar in 2018, as Director of Special Projects. He worked for 36 years in the tourist activities sector and was once a client of Edificar. Luis is an Industrial Production Engineer from the Technological Institute of Costa Rica and has a master degree in Business Administration with emphasis in Marketing from the National University of San Diego, California.

Lourdes Wong joins the Edificar team in 2021, occupying the position of Construction Director of Panama and as such is in charge of the development of construction projects. Lourdes is a civil engineer graduated from the Universidad Católica Santa María La Antigua in Panama with more than 20 years of experience in construction projects and has a Master's Degree in Business Administration from the Pontificia Universidad Católica de Chile.

Javier Balza joined Edificar in 2015. He has 12 years of experience in estimating, planning and managing projects. He started in the company as a budget manager and is currently the Director of Preconstruction and Contracting in Panama. Javier has a degree in Civil Engineering from the University of Carabobo and a Master's Degree in Project Management from the Interamerican University of Panama.

We have revolutionized the market by proposing true teamwork between the client and the general contractor. Our reputation is backed by many long-time clients with whom we have completed multiple projects over the years. These projects have been characterized by our transparency and high quality.

More than 60 percent of the projects carried out by Edificar are clients with whom we have worked before and who continue in trusting us with their dreams.