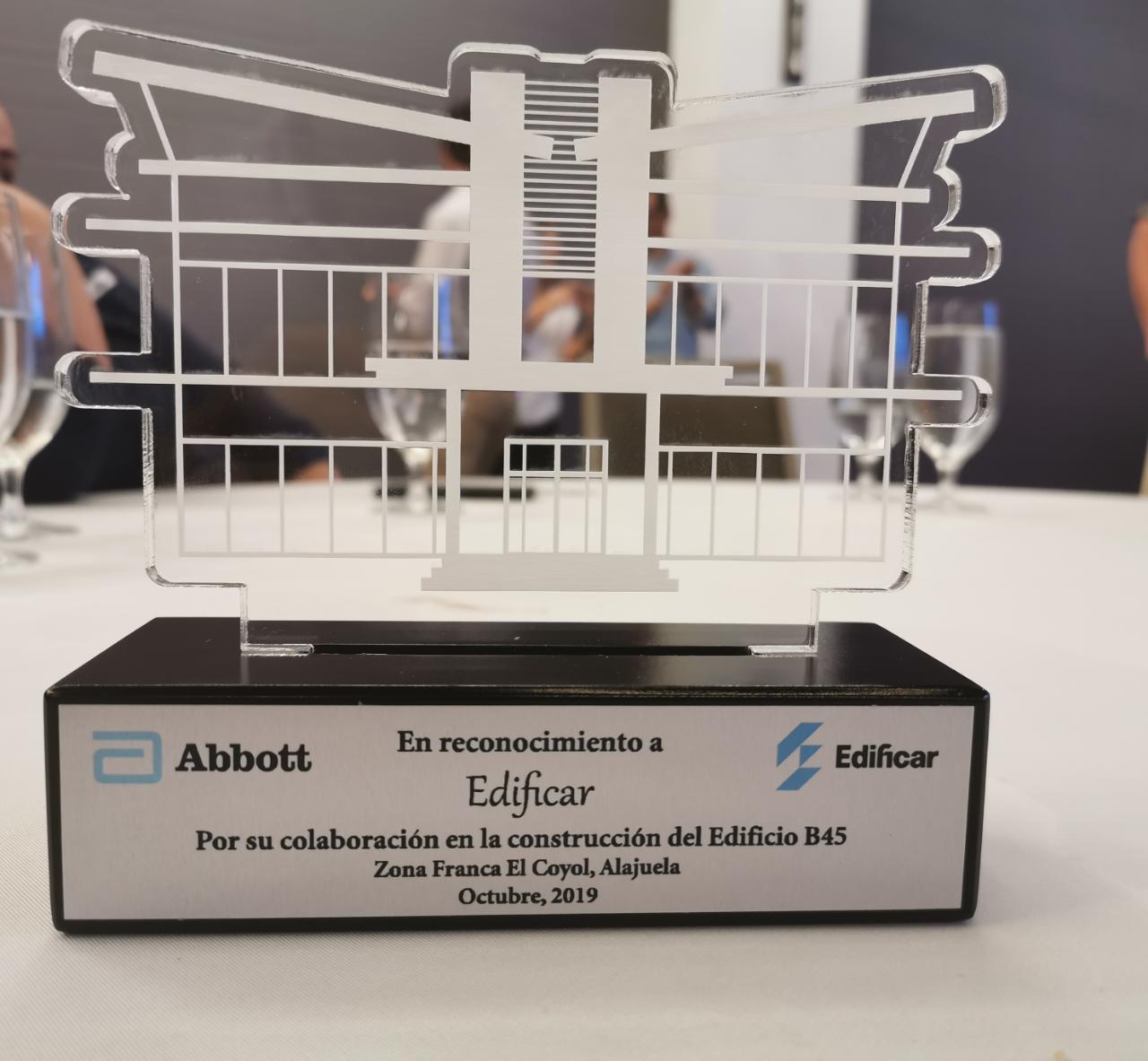 The Abbott project (6,000 m2 + 2,000m2 mezanine ship) was successfully completed, which we started in September 2018 with Coyol Free Zone to execute the SHELL and later continued directly with Abbott the construction of the internal improvements in April 2019 and delivered in September 2019.

The owner was so satisfied with the project that he organized a recognition event for the construction team, where he thanks: consultants, Project managers, Edificar and their subcontractors.

A great work team that facilitated the execution of the work, which is reflected in the words of the Abbott Project Manager:

“I wanted to again say what a wonderful experience it was to work with Edificar for the past 1.5 years on this project. The building looks beautiful and over all the quality and workmanship was the best I have seen at our facility. Thank you for all the hard work!”

You have a great team and I look forward to working with you as we build out the new building in the future. Take care – pure life!

A pride to conclude such a project with a client grateful for the work executed.